NOTE: All names of Japanese people on this website are given in the western style, ie, family name last.

Following are shots from the Japan Lilac Owners Club meetings:

Here are souvenir stickers from 6 of the Lilac Owners Club's meets.

And a shot of a Lilac Riders' Meeting about 1960. Photo donated by the Japan Nirinsi Club, credits unknown. This may have been a factory-organised affair rather than a club event.

Eiji Hayashi was the main designer for Lilac's V-twins. After Lilac's bankruptcy in 1961 he went to Bridgestone to design their bikes, and still works for the company as of 2009. In 2006 he enlisted Kotaro Furuta of Jungle Scooters in Tokyo, and White House, a Japanese restoration firm, to restore one of his creations, a Bridgestone 350GTR, and to make the changes that he would make if he were designing the bike now. Furuta san writes a series of articles on the history of Bridgestone motorcycles for Motorcyclist (Japan) magazine, and was kind enough to send me a copy of the July 2008 extra edition. On pages 116-121 is his story "Re-born Bridgestone 350GTR by the Hands of Original Designer Mr. Eiji Hayashi". The three photos below are from that article and are of interest to fans of Lilac history.

First, here is the team that worked on the project, with Hayashi san standing on the right and Furuta san in beige coveralls in the center, behind one of the first 100 1967 model 350GTRs. 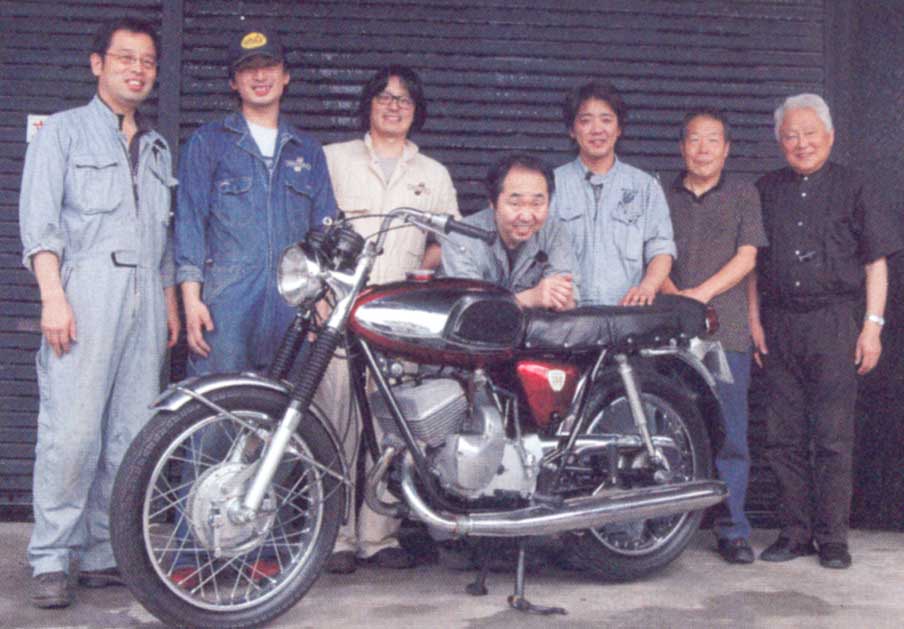 Next we see Tuneo Araki, engine designer for both Marusho and Bridgestone, riding in the sidecar of a 1923 Triumph, shot taken at Hayashi san's 77th birthday celebration in 2008. 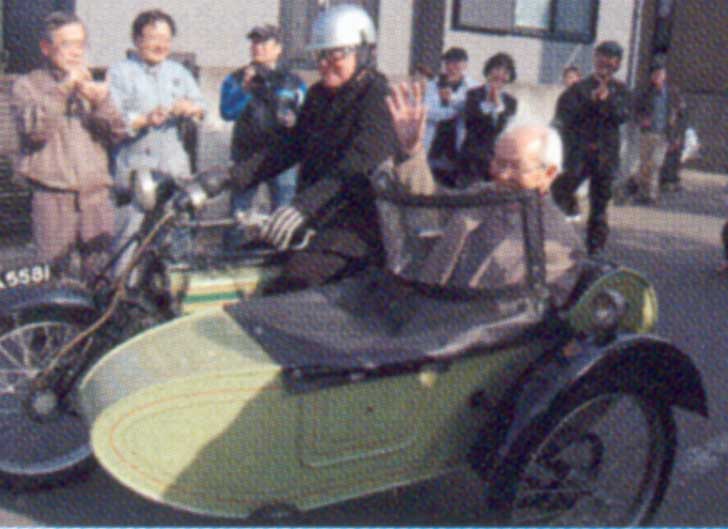 Finally, here's Giichi Ito, nephew of Masashi Ito, president of Lilac, in the blue vest. This was also taken at the birthday celebration. 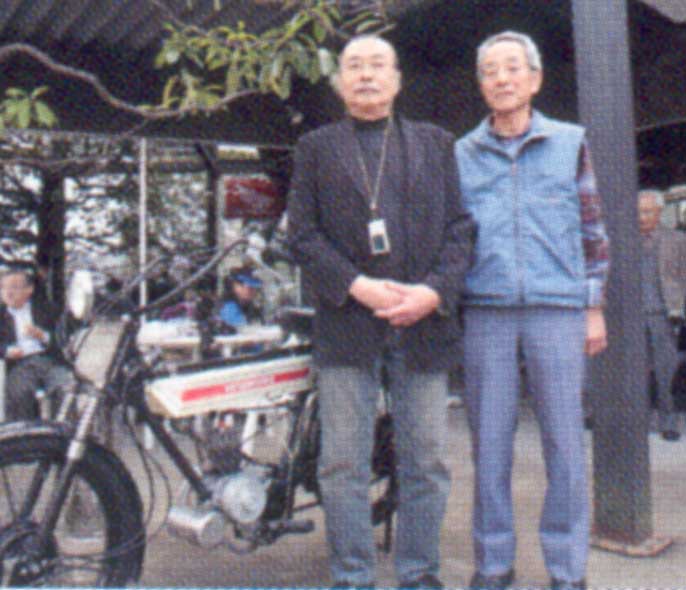